Thursday 24 March 2022 is a date that will forever mark the first steps of the Halo franchise on the small screen. The Master Chief has indeed started a brand new adventure with Halo – The TV Series on the Paramount+ platform. A successful debut if we are to believe the statements of the leaders behind the streaming service.

Paramount says it is extremely proud, but does not give any details 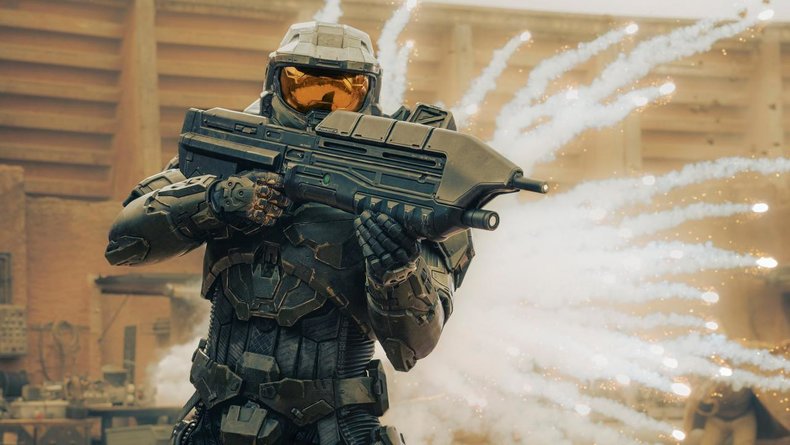 The first episode “Contact” would simply have allowed the platform to set an audience record, even if the company does not disclose any figures. The Deadline site which reported the information also stresses that it is a habit taken with each of its productions. He takes as an example the series 853 which had to wait for a promotional broadcast on Paramount Network, in order to know its real impact (the first episode had brought together 4.9 million viewers).

As for Halo – The TV Series, we will have to be patient and wait for the publication of the Nielsen rating for Paramount+ series which will be published in the next few days . Can we really speak of success at that time? The question remains unanswered while the first returns are rather mixed. Nothing that taints the joy of Tanya Giles, Chief Programming Officer, who says she is delighted with the start of the series:

Bringing Halo to life as a series on a streaming service has been one of the most rewarding projects for Paramount+ to date and we couldn’t be more thrilled with the massive fan response to the series debut. Together with our phenomenal partners at Showtime, 24 Industries and Amblin Television, we can’t wait for fans to experience more of this incredible universe.

Can we really take these statements at face value? In any case, optimism is in order at Paramount, which has already signed for a second season, while France could apparently enjoy season 1 from May on Canal +.