The conflict between Ukraine and Russia began almost two weeks ago and support actions such as sanctions are constantly falling. Beyond the political entities, many commercial entities openly oppose the invasion launched by Vladimir Putin, in particular by blocking access to numerous services for the Russian population. After having seen EA, CD Projekt Red or even Microsoft act in this way, two new giants of the video game industry are joining the movement.

Read also: Vice-Premier Ukrainian minister asks for support from Xbox, PlayStation and the world of eSports 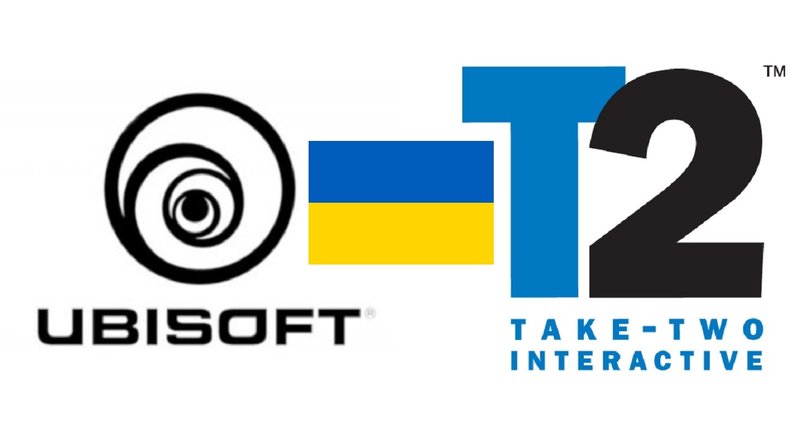 This is so at the beginning of the week that the giant Take-Two formalized its intention to stop sales, access to the group’s services and the delivery of software and assistance in Russia and Belarus. Alan Lewis, Vice President of Corporate Communications at Take-Two Interactive, spoke to our PC Gamer colleagues.

“We have watched the recent events in Ukraine with concern and sadness. After significant consideration over the past week, we have decided to halt new sales, installations and marketing support across all of our labels in Russia and Belarus for the time being.

It was then Ubisoft who decided to follow the same path by applying similar sanctions in Russia and Belarus , but also by helping its employees based in Ukraine. Ubisoft has notably collected exceptional funds dedicated to Ukrainian employees so that they can leave the country and travel to a safe zone. Ubisoft said:

“In light of the ongoing tragedy in Ukraine, we have decided to suspend our sales in Russia . Ubisoft has provided all team members in Ukraine with additional funds to help cover exceptional costs such as those related to their travel and relocation. Ubisoft clearly takes the safety of its Ukrainian employees extremely seriously. »

The next few days will perhaps be marked by the arrival of new actors in this movement, but for the moment , economic, cultural and social sanctions aimed at isolating Russia from the rest of the world seem to have little impact on Vladimir Putin’s decisions. To be followed closely.